The Science of Sirtuins

Sirtuins help regulate your cellular health. Here’s what you need to know about how they work, what they can do for your body, and why they rely on NAD+ to function. 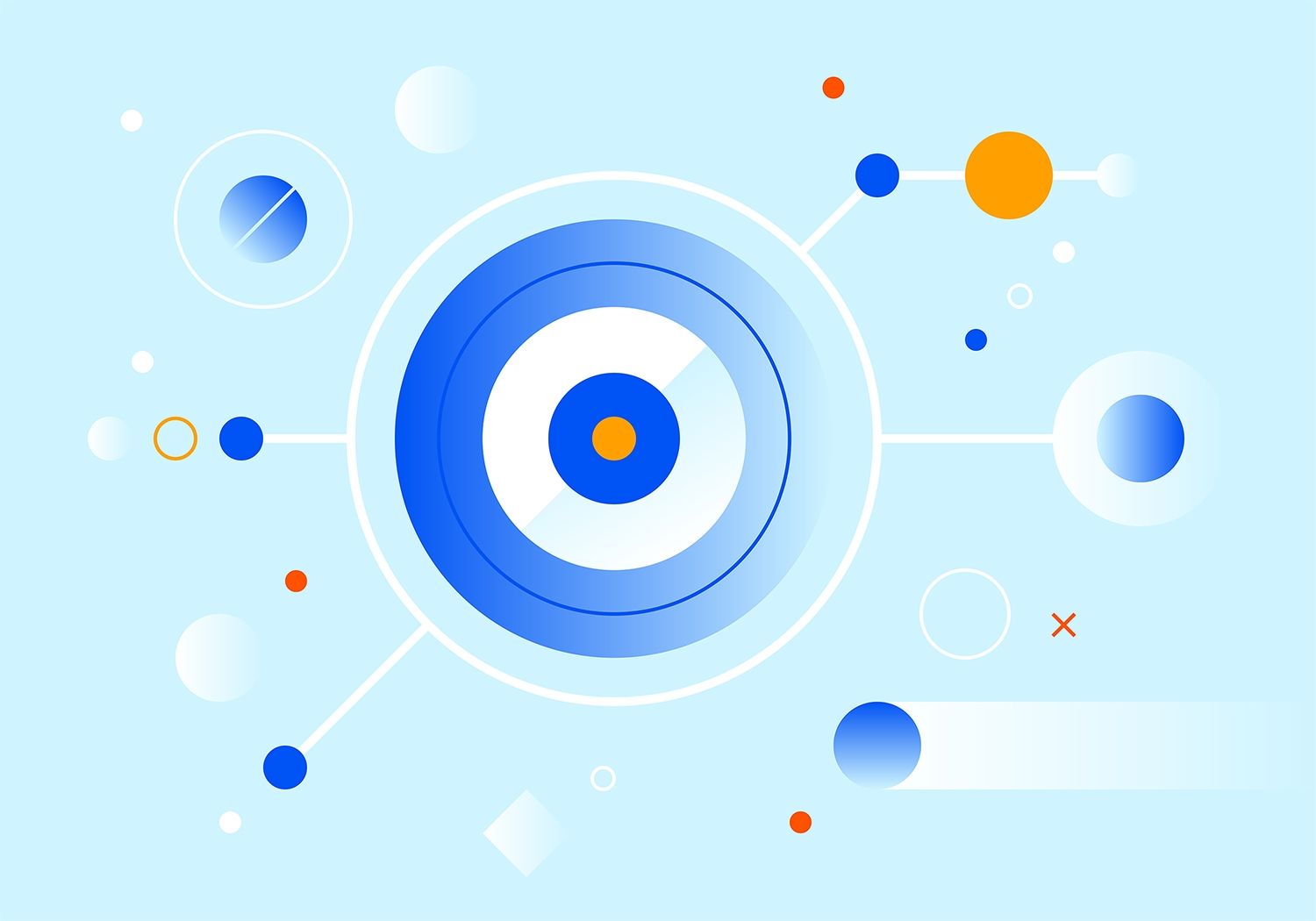 Sirtuins are a family of proteins that regulate cellular health. Sirtuins play a key role in regulating cellular homeostasis. Homeostasis involves keeping the cell in balance. However, sirtuins can only function in the presence of NAD+, nicotinamide adenine dinucleotide, a coenzyme found in all living cells.

Think of your body’s cells like an office. In the office, there are many people working on various tasks with an ultimate goal: stay profitable and fulfill the mission of the company in an efficient manner for as long as possible. In the cells, there are many pieces working on various tasks with an ultimate goal, too: stay healthy and function efficiently for as long as possible. Just as priorities in the company change, due to various internal and external factors, so do priorities in the cells. Someone has to run the office, regulating what gets done when, who’s going to do it and when to switch course. In the office, that would be your CEO. In the body, at the cellular level, it’s your sirtuins.

Sirtuins are a family of seven proteins that play a role in cellular health. Sirtuins can only function in the presence of NAD+, nicotinamide adenine dinucleotide, a coenzyme found in all living cells. NAD+ is vital to cellular metabolism and hundreds of other biological processes. If sirtuins are a company’s CEO, then NAD+ is the money that pays the salary of the CEO and employees, all while keeping the lights on and the office space rent paid. A company, and the body, can’t function without it. But levels of NAD+ decline with age, limiting the function of sirtuins with age as well. Like all things in the human body, it’s not that simple. Sirtuins manage everything that happens in your cells.

Sirtuins Are Proteins. What Does That Mean?

Sirtuins are a family of proteins. Protein might sound like dietary protein — what’s found in beans and meats and well, protein shakes — but in this case we’re talking about molecules called proteins, which work throughout the body’s cells in a number of different functions. Think of proteins as the departments at a company, each one focusing on its own specific function while coordinating with other departments.

A well-known protein in the body is hemoglobin, which is part of the globin family of proteins and is responsible for transporting oxygen throughout your blood. The myoglobin is the hemoglobin’s counterpart, and together they make up the globin family.

Your body has nearly 60,000 families of proteins — a lot of departments! — and sirtuins are one of those families. While hemoglobin is one in a family of two proteins, sirtuins are a family of seven.

Acetyl groups control specific reactions. They’re physical tags on proteins that other proteins recognize will react with them. If proteins are the departments of the cell and DNA is the CEO, the acetyl groups are the availability status of each department head. For example, if a protein is available then the sirtuin can work with it to make something happen, just as the CEO can work with an available department head to make something happen.

Sirtuins work with acetyl groups by doing what’s called deacetylation. This means they recognize there’s an acetyl group on a molecule then remove the acetyl group, which tees up the molecule for its job. One way that sirtuins work is by removing acetyl groups (deacetylating) biological proteins such as histones. For example, sirtuins deacetylate histones, proteins that are part of a condensed form of DNA called chromatin. The histone is a large bulky protein that the DNA wraps itself around. Think of it as a Christmas tree, and the DNA strand is the strand of lights. When the histones have an acetyl group, the chromatin is open, or unwound.

This unwound chromatin means the DNA is being transcribed, an essential process. But it doesn’t need to remain unwound, as it’s vulnerable to damage in this position, almost like the Christmas lights could get tangled or the bulbs can get damaged when they’re unwieldy or up for too long. When the histones are deacetylated by sirtuins, the chromatin is closed, or tightly and neatly wound, meaning gene expression is stopped, or silenced.

We’ve only known about sirtuins for about 20 years, and their primary function was discovered in the 1990s. Since then, researchers have flocked to study them, identifying their importance while also raising questions about what else we can learn about them.

The Discovery and History of Sirtuins

Geneticist Dr. Amar Klar discovered the first sirtuin, called SIR2, in the 1970s, identifying it as a gene that controlled the ability of yeast cells to mate. Years later, in the 1990s, researchers found other genes that were homologous — similar in structure — to SIR2 in other organisms like worms, fruit flies, and these SIR2 homologues were then named sirtuins. There were different numbers of sirtuins in each organism. For example, yeast has five sirtuins, bacteria has one, mice have seven, and humans have seven.

The fact that sirtuins were found across species means they were “conserved” with evolution. Genes that are “conserved” have universal functions in many or all species. What was yet to be known, though, was how important sirtuins would turn out to be.

In 1991, Elysium co-founder and MIT biologist Leonard Guarente, alongside graduate students Nick Austriaco and Brian Kennedy, conducted experiments to better understand how yeast aged. By chance, Austriaco tried to grow cultures of various yeast strains from samples he had stored in his fridge for months, which created a stressful environment for the strains. Only some of these strains could grow from here, but Guarente and his team identified a pattern: The strains of yeast that survived the best in the fridge were also the longest lived. This provided guidance for Guarente so he could focus solely on these long-living strains of yeast.

This led to the identification of SIR2 as a gene that promoted longevity in yeast. It’s important to note that to date there is not yet evidence that this study can be extrapolated to humans and more research is needed on SIR2’s effects in humans. The Guarente lab thus found that removing SIR2 shortened yeast life span dramatically, while most importantly, increasing the number of copies of the SIR2 gene from one to two increased the life span in yeast. But what activated SIR2 naturally had yet to be discovered.

This is where acetyl groups come into play. It was initially thought that SIR2 might be a deacetylating enzyme — meaning it removed those acetyl groups — from other molecules, but no one knew if this were true since all attempts to demonstrate this activity in a test tube proved negative. Guarente and his team were able to discover that SIR2 in yeast could only deacetylate other proteins in the presence of the coenzyme NAD+, nicotinamide adenine dinucleotide.

In Guarente’s own words: “Without NAD+, SIR2 does nothing. That was the critical finding on the arc of sirtuin biology.”

The Future of Sirtuins

Sirtuins research has largely been tied to aging and metabolic activity. “There are maybe 12,000 papers on sirtuins now,” Guarente’s said. “At the time we discovered the NAD+ dependent deacetylase activity the number of papers was in the 100s.”

As the sirtuins field continues to expand, this leaves room for incredible research opportunities into how activating sirtuins with NAD+ precursors can lead to more exciting discoveries.

You can’t live without the coenzyme NAD+, nicotinamide adenine dinucleotide. Here’s why it’s so important, how it was discovered, and how you can get more of it.